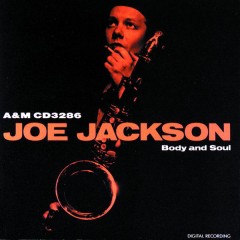 I don’t often go for these longhair songs where the whole thing is an allegory and you’re expected to hold the pads of your headphones against your ears and listen close to figure out the hidden meaning.

Sometimes you start feelin’ so lost and lonely
Then you’ll find it’s all been in your mind
Sometimes you think someone is the one and only
Can’t you see, it could be you and me?
But if there’s any doubt
Then I think I’ll leave it out

Sometimes you keep busy reaching out for something
You don’t care, there’s always something there
Sometimes you can’t see that all you need is one thing
If it’s right, you could sleep at night
But it can take some time
But at least I’m here in line

Most of us who were alive in 1984 and not driven to melancholia by continued exposure to the toxic adhesives in our Rubiks Cubes listened to this song, gave it some thought, and concluded that Mr. Jackson was writing about love. From a paper I wrote about this song in school:

The balladeer and the person of whom he sings are at opposite sides of a dividing line in the emotional spectrum. Is it possible — logically or logistically — to pursue an object which one cannot clearly identify? The person spoken-of appears to believe this to be so; “the only failure in any campaign is a lack of progress,” wrote the Roman philosopher Seneca the Younger in his Letters.

While an effective mechanism for self-soothing, this illusion of effective work towards an ill-defined goal is a methodology prone to causing the objective to become fuzzier, not sharper, and distracts the subject from the ability to observe their own efficiencies objectively and reduces the likelihood that a failing method will be corrected. The balladeer, by contrast, has identified his goal — romantic affiliance with the spoken-of — and, further, determines a promising course of action towards attaining the objective. Having matured through the stage of the development of self-determinacy (ie, he has defined himself and his needs clearly without requiring outside agencies to define them for him), he has also progressed to a sufficiently high state to reject immediate gratification and to endure “want” if doing so will secure a long-range objective.

If I remember correctly, I wrote this after I realized that my teacher in this subject based 90% of her grade on whether or not what the thing she was reading had the rough shape of a coherent, rigorous essay, and that actual coherence and intellectual rigor could only elevate me from an A- to an A.

But in the intervening years I’ve acquired a keener and more critical ear. I now join my voice to the chorus of academics who have identified “You Can’t Get What You Want (Til You Know What You Want)” as a straightforward anthem meant to stir and inspire Black Friday shoppers. Like “La Marseillaise,” except with 12 months of zero-percent financing.

So today and this weekend, be sure to follow the sober advice of genre-blurring singer-songwriter Joe Jackson:

Yes, “You Can’t Get What You Want (Til You Know What You Want)” has so much to teach us. Joe Jackson’s entire catalogue is practically an audio Khan Academy. After replacing a broken power coupling on my washing machine, I couldn’t figure out the trick of getting the metal cabinet to seat back onto the appliance correctly until I read between the lines of “In Every Dream Home (A Nightmare).”

He just needs to do something about these parenthetical song titles. You know how I know that Paul McCartney chose the right title for “Hey Jude”? Because it didn’t need to be retitled “Hey Jude (Don’t Make It Bad)” later on.

Preview “You Can’t Get What You Want (Til You Know What You Want)” on the Amazon MP3 Store. Anything you buy on Amazon.com during that visit will result in my receiving a small kickback in the form of store credits, which I promise to spend on heroically silly things. So thanks for clicking!

You can check out previous seasons of my Amazon Advent Calendar picks under this link.