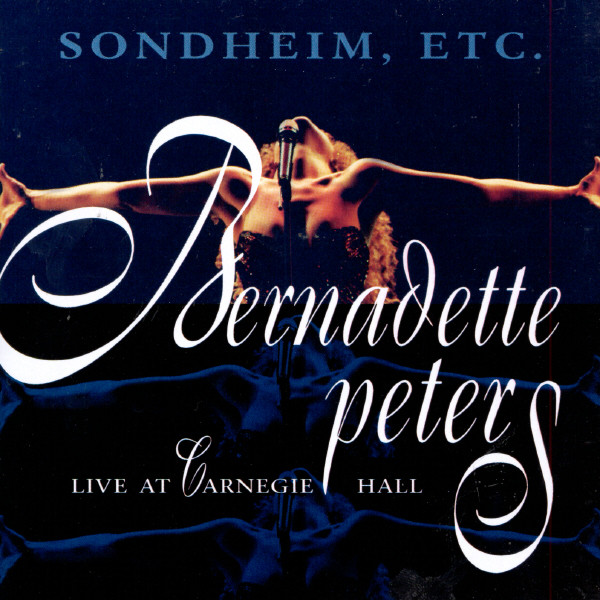 Today, let’s talk about a Sondheim song that works just fine as a standalone. I don’t know why it’s surprising to me that Stephen Sondheim has written plenty of one-off songs for movies and television. I guess his reputation as an iconic composer of musicals interferes with my ability to think of him as a regular creator, who finds all kinds of outlets for his creativity.

I mean, why am I writing about Sondheim music every day this week, when I have plenty of reviews and news to take care of?

(“Because the holiday season is coming up. You’re trying to capture as many Amazon credits as you possibly can from your readers’ gift-buying sessions.”)

(“You were embarrassed because you had to abandon the Advent Calendar last year after only about a week. You really wanted to get a jump on it this year, because…”)

Right, right. You’ve made your point. You can shut up about that now.

What I would like to say is that it’s easy to forget that to me, he’s Steven Sondheim but Sondheim only thinks of himself as a composer. He has a set of skills that he can apply to any number of creative endeavors, and no shortage of interesting offers. Writing one or two songs that don’t need to support 90 minutes of narrative must give him a kind of pleasure that composing a whole musical doesn’t.

“Sooner Or Later” is one of five songs Sondheim wrote for the movie “Dick Tracy.” It’s a torch song sung by Breathless Mahoney, nightclub performer and moll/protege of the gangster that Tracy is pursuing in the film.

In the increasingly-indispensable “Look, I Made A Hat” (volume two of SS’s annotated lyrics), Sondheim describes his involvement with the movie thusly:

Not only was it for a movie based on a cartoon I had grown up with, it was set in the 1930s and thus invited pastiche, something I loved writing. Better yet, the songs were to decorate the plot rather than enhance it, which made them easy to write, and when Warren hired Madonna, no less, to play Breathless, I thought it might even be my chance to have a hit record. In the fullness of time, I didn’t get a hit, but I got an Academy Award and, more important, had another good time working with Warren.

Aside: There are times when I hear of some kind of achievement or credit and I think “No question: this person has earned the right to hit the Snooze button every morning for the rest of his or her life and get another 30 minutes of sleep, no matter what’s on the schedule that day.” I imagine Paul McCartney, for example, waking up, looking at the clock, and then throwing the blankets off of him in a panic before thinking “Wait, wait…I just remembered: I’m the guy who wrote ‘Hey Jude’!” And then he feels entitled to sleep until 8:00, minimum.

Chester Gould was the creator of “Dick Tracy.” It’s an iconic and important comic strip that’s earned the greatest honor possible for a work of fiction: the characters will remain part of the cultural lexicon long after the original work has been forgotten. But I would have been willing to award Gould his Snooze Bar privileges just for having come up with the name “Breathless Mahoney.” If I ever have a daughter, my second thought will be “No. I can’t name her ‘Breathless Mahoney Ihnatko’.” End aside.

What a song, what a set of lyrics.

Cripes. “But lover/I’ll hover/I’ll plan” — that’s good for an extra 20 minutes on the snooze bar. I’m not in charge of such things but I’d be more than happy to launch a petition granting Sondheim that upgrade.

Nope, “Dick Tracy” isn’t a musical. “Sooner Or Later” serves as a great piece of music for the audience to listen to while watching a montage of Dick Tracy going after various organized crime operations. But it’s a perfect song for this character and her role in the story: as a source of temptation for Tracy, and competition for his long put-upon girlfriend. Mahoney has plans for Tracy, no doubt about that. We won’t know exactly what they are until the very end of the movie, maybe. This song underscores all of that. At the same time, it lifts straight out and works as a standalone torch song.

It’s a song that rewards your close attention. When you focus on the lyrics, and how precisely they interlock…I can’t say anything more sensible than just “wow.” Sondheim lyrics are like dovetailed furniture. It’s rock-solid without any mechanical adhesives or visible fasteners. The stability is a result of how precisely all of these lines and words were made to fit together and interlock. It’s as though they had grown together as parts of the same tree.

“Sooner Or Later” did indeed win Sondheim his Academy Award. If there was any possibility whatsoever that he wasn’t going to win, I think Madonna’s performance during the 1991 Oscars sealed the deal. The reaction among voting members of the Academy — the men and women who dig women, specifically — was certainly intense enough to warp the fabric of reality and send their votes for “Sooner Or Later” backward in time to push Sondheim over the top.

Why do I complain about modern Oscarcasts that don’t include performances of nominated songs? Because: I sometimes obsess over stupid TV shows that mean absolutely nothing.

Also: this performance. I concede that it’s not every year that there’s a nominated song that can be sung by the hottest pop singer in the world at that time. But look at that again and tell me that a six minute clip package of 100 Years Of Scenes In Which Characters Order Coffee is an improvement on what you just saw.

Madonna’s performance of “Sooner Or Later” is available on “I’m Breathless,” a pop album she released to take advantage of the publicity from the movie. But there’s something…not quite right about it, for some reason. I guess that version of it feels like a song sung from the safety of a recording booth. The Oscars performance was live, in front of Jack Nicholson and similar icons, and a worldwide audience of millions. This one sounds like the performance of someone who knew that (despite being Madonna and everything) she’d never have a crowd like this ever again.

So instead, my pick for this one is Bernadette Peters’ live performance at Carnegie Hall. I came to appreciate Bernadette Peters, as I did Sondheim, later in life. But I don’t blame myself for this one. I feel as though her voice acquired richer texture as she got older. It might just be my ear or my taste, but I always thought her earlier voice was a bit too glossy.

Preview “Sooner Or Later” on the Amazon MP3 Store. If you buy anything at all after you click one of these Amazon links, I’ll get a small kickback which I promise to spend on fun and foolish things.