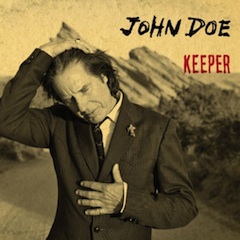 This is just a goddamn beautiful song. Why bury the lede?

It’s a pure, simple love song, with an uncluttered melody and uncomplicated arrangement that bespeaks a certain confidence. And the instrumental part has just enough rattle and edge to it.

Last week’s post about Billy Joel’s “Big Man On Mulberry Street” got me thinking about songwriters and how that particular part of a performer’s talent portfolio has taken one step into the background. It’s not as though star musicians aren’t writing their own stuff any more, of course. It’s just that Paul Simon was almost always identified as a “Singer-songwriter,” and songwriting was such an integral part of Elton John’s public identity that everybody knew the name of his lyricist.

Maybe today’s state of affairs has to do with how we now perceive a track. If Paul Simon or Art Garfunkel are reading this, please don’t take the following as any kind of a slight against your wonderful original recording but: when I picture “Bridge Over Troubled Waters” in my head I hear Elvis’ version, not yours. The song and the performers click together like a couple of Lego bricks. It’s easy to unclick them and click another artist to the song.

Maybe today we tend regard the song and the performance as a complete package. The other day I searched for a recording of Jonathan Coulton’s “Want You Gone.” Yes, I see you nodding your head knowingly: Coulton wrote “Still Alive” as the end-credits music for the first “Portal” game and “Want You Gone” is the one he wrote for Portal 2.

I love this tune:

I obtained a…er…paralegal copy of this track, which was copied from the game DVD. It’s been in constant play ever since I got it and I’m was eager to buy “Want You Gone” for real as soon as it’s released. Alas, it’s still unavailable. “Want You Gone” does indeed appear on Coulton’s latest album, “Artificial Heart,” but…no.

My brain rejects this recording utterly. It’s like a dude in a Wonder Woman costume. The song has to be sung by GlaDOS’ synthetically-processed voice and the musical arrangement has to be electronic, as though the song only exists inside a box of electronics.

When it’s performed in the real world, and by a man — even an obviously talented performer like Coulton — no, it’s just not That Song any more. Not to me, anyway. I can’t unlink the song from the performance.

John Doe, (like Warren Zevon or Leonard Cohen or Nick Lowe), writes the kind of songs that seem like new pages in the world songbook. “Lucky Penny” has the sort of melody, and the sort of potent lyrics, that so many other performers can spin into personal interpretations and brand-new magic.

Put me in your pocket
Hold me there for keeps
Squeeze me like I’m your last dime
Hold on to me
Because I’ll be good
For a long, long time

Isn’t that an amazing lyric? And so perfectly-balanced by the tune. It’s the sort of thing you say to the person you love when you’re enjoying a lazy Sunday together on the sofa. You’re a little surprised that you’ve gone and said something so nakedly sentimental, and the person you’re with is a little surprised that the words affected them so deeply. The words would become cloying if they were pressed just a little bit harder. “Lucky Penny” would have been just another dopey love song that people laugh at and then forget about completely.

Whereas, I suspect that a significantly nonzero number of you have made a mental note to include this in a future “I Love You” mix tape, perhaps for a woman or a man to be named later.

Try or buy “Lucky Penny” on the Amazon MP3 Store. The link is embedded with my Amazon Associates code and any purchases you make on Amazon after clicking it results in my getting a small kickback in the form of Amazon store credits.