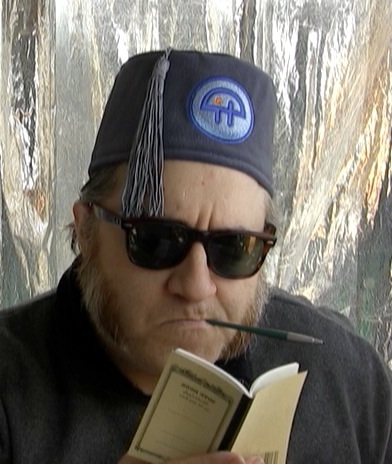 How disappointing: Leo Laporte and the TWiT staff gave me clothes for Christmas. Oh, wait, I meant “how AWESOME!”

And that, dear readers, is what I’ve been trying to post to Twitter for the past half an hour. What an terrific thing to unbox. I’ve been wearing it all afternoon; suffice to say that the bar has been set very high for friends and family members who will be giving me gifts this year.

(Which is not to say that you shouldn’t try, o friends and family members.)

(Look, just forget I said anything. It was clearly inappropriate.)

Shall I review all of the different “post a Tweet with a photo attached” methods that I tried, and failed, before saying (shouting, really) “To hell with it. I’m just going to make it a damn blog post”?

Normally, I Tweet from my iPhone. It’s simple and it works great. And…

(Now I’m reminded why I hated Twitterific and stopped using it: by default, it takes over your screen every time something happens on Twitter. Or, to be fair, maybe that’s just how I set it up the last time I used it, many months ago. Either way: Goodbye, goodbye, GOODBYE.)

(Oh, and thanks for hiding yourself so well that I can only kill you by looking for your processes in Activity Monitor, Twitterific. That makes this ever more so much more special. “I just can’t quit you” was a good line from “Brokeback Mountain” but in an app, it’s really crap behavior.)

…And that’s what I would have used, if I’d had my iPhone handy.

I guess I was just naive: I thought that posting a Tweet with a photo attached was, in fact, goddamn close to being the simplest thing in the world.

Okay. Well, I’m still wearing an awesome-way-cool fez. Under the circumstances, I can’t possibly be unhappy.

34 thoughts on “Why Technology Makes Me Want To Throw Things, Sometimes”