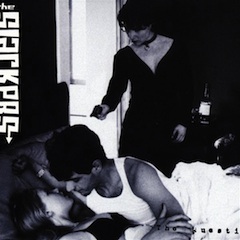 Maybe the most sophisticated version of the Turing Test for any given technology is actually the simple question “Is it capable of helping us and screwing us at the same time?” Then and only then can we say that a machine is truly Human.

“And I Wonder?” is one of the songs I bookmarked last night on Pandora while working away from the house. It’s good stuff: peppy, with a ska/rocksteady sort of vibe. I also have a lot of affection for music that clearly wasn’t beaten to death by heavyhanded production. I could believe that this group just set up some mismatched microphones in the apartment of whichever band member had the most-sympathetic neighbors and then they recorded it on someone’s MacBook in just three takes.

When I got home, I looked through everything I’d bookmarked and I bought the track after another listen. This morning, I did a quick Spotlight search on it, just so I could drag it into a couple of different playlists, and that’s when I saw the other copy that I’d bought from another store a couple of years ago.

See what I mean? In the old, analog days I didn’t have anything like Pandora, which can extrapolate an endless stream of new music that’s likely to please me, after I name just a single artist as a starting point. Thank you, digital music! But back in the Nineties, by the time I wound up at a CD store I’d forgotten all about that great song I’d heard on the radio or at a party. I was unlikely to buy anything at all. And I certainly couldn’t buy something so quickly that I wouldn’t realize that I already owned it. So go to hell, digital music!

But I could never stay mad at you, Pandora. It seems like I only discover new music in three different ways: via Pandora, when it’s used as a soundtrack to something (such as a TV show or a YouTube video), or when I occasionally go out on Twitter and say “Recommend a song. One song only, please.”

Pandora offers discoverability and vocabulary. You’ve sampled “And I Wonder?” and you liked it. It occurs to you that a lot of the music you like is kind of similar. How do you Google for “music has kind of the same thing going on as this other song right here?” You have no idea how to describe it.

Pandora gives you the opportunity to turn to the side of the box the song came in and read the list of ingredients:

So if you memorize that list and then walk into a city record store and tell the clerk “I’m looking for music with ska roots, a subtle use of paired vocal harmony, mild rhythmic syncopation…” you’ll definitely not come across looking like some hick who buys most of his songs from QVC in the form of windup music boxes shaped like porcelain clowns.

It’d be fab if other aesthetic tastes worked this way. I’ve only ever drunk two beers that I liked enough to finish off, and wines are a real scattershot sort of thing. If I’m trying to find a soda pop I like, I know how to describe it. I can say “I like colas with natural sweeteners, a slight acidic tang, and a slightly peppery aftertaste. I hate citrus-flavored sodas.”

But if I enjoyed a glass of wine at a restaurant, I have no idea how to describe it to a clerk at a wine store. “Glass bottle,” I’ll say. “It was definitely in a glass bottle. The label had something like a horsie on it, or it might have been a dragon wearing a saddle.”

It works out for the best, I guess. When you walk into a wine shop and look like a blatant ignoramus, the clerk knows he’s not going to get more than twelve dollars out of you. You’re clearly not as vulnerable to the upsell as everyone who tries to bluff their way through the transaction by overconfidently misquoting phrases they heard Paul Giamotti’s character use in “Sideways.”

Listen to “And I Wonder?” on the Amazon MP3 Store.

As always, this link is tagged with my Amazon Associates ID. Click it, and any purchases you make during that session will result in my getting a small kickback in the form of Amazon Gift Credits. I swear to God that I won’t spend those credits on anything sensible.

5 thoughts on ““And I Wonder?” by The Slackers (Amazon Advent Calendar day 19)”