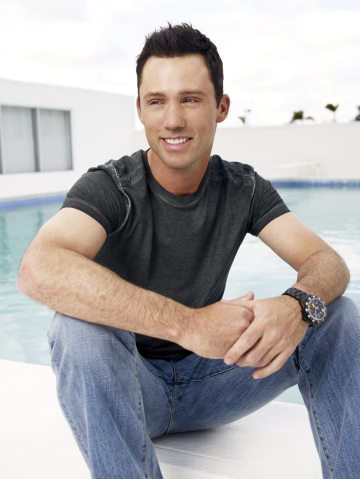 Sometimes, components of my dreams are distressingly literal.

Last night, I dreamed a movie trailer. Not “that I was in a movie and this was the trailer of that movie.” Not even “I dreamed that I was at a movie theater and this was one of the coming attractions.” No. That would have been too creative. In dreams, I can soar like an eagle through towering glass cities made from solid music. But instead, my brain presented me with a movie trailer. It was for one of those kinds of modestly-successful independent comedies that’s well-reviewed and is profitable, but not destined to make a huge splash due to limited distribution. It was about a funny local sportscaster. In a pitch meeting, the screenwriter would summarize it as “Think ‘Anchorman’, only with a lot more heart.”

The title was “Something Something Something Football.” A scene in the trailer explained it. See, the sportscaster was calling a hockey game and he was filling time while they were resurfacing the ice. He started talking about a Broadway musical he’d just seen and liked. But he couldn’t remember the title…just that one of the songs had a line like “Something something something…Football!” He and his phone-in listeners get so wrapped up in trying to remember the name of the show that he didn’t notice that play had resumed three minutes earlier.

Well, I woke up and thought “That was so specific, and it was presented exactly like I was watching a movie trailer. Is it possible that at some point in the past few weeks, I actually saw a trailer for that movie? Was this just my brain reminding me that it sounded like a good film and that I should go see it with a friend? Or did I fall asleep with the TV on, and this was just one of the last things that was on before I woke up?”

So I pulled my MacBook off the nightstand and checked IMDB. Sure enough, there it was: a small release making its way around the country, starring Jeffrey Donovan as the sportscaster…which I think you’ll agree is excellent casting. “Cool,” I thought. “I should see that while it’s still in the theaters.”

And then I woke up.

Yes. I dreamed that I woke up and then I used the dream version of IMDB to find out more about the movie I’d just dreamed about.

I think this is what happens when you use “Non, Je Regrett Rien” as your wakeup track for a few weeks.

Now, however, I’m left wondering if the population of people in dreams have their own version of IMDB, which they keep updated with casts and summaries of the movies that people dream about. This is definitely going to mess up my whole morning.