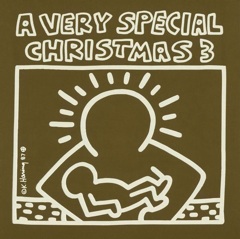 Oi To The World

Oi To The World

Doing this Advent Calendar makes me realize that I’d be a terrible music journalist. OK, yes, because it’s the day before Christmas Eve and I’m only on Day 10 (thanks so much for pointing that out; you’re a real class act), but also because as I look through past entries, I realize that my selections are so arbitrary.

Mind you, they’re all good songs. I eagerly recommend each one. But here’s a peek inside my process. I have a big playlist called “Amazon Advent Calendar 2009 Candidates” that I throw tracks into over the course of a few months. We’ve got a pool of 105 to draw from.

“Oi To The World” was an obvious choice. No debate among the judges before I dragged it into the playlist. Grins all across the table, even from Simon. Play anything with a rocksteady beat and you’ve got me on your side. Lyrics like

…only seal the deal.

And let’s not gloss over the fact that it’s from No Doubt. It’s a cover of a — I think we’re OK in calling it a “novelty song” — by the Vandals. Here they are, performing it live:

I first heard the Vandals in the Eighties movie “Suburbia” and became a fan. But the first time I heard “Oi To The World” it was this No Doubt version and yes, it’s so much better than the original. It’s a tighter band and a cleaner production. I have actually heard this sort of argument dismissed with the snort “a clear mix isn’t punk.” Yes, shut up. You’re 31 and you work for a real-estate agency. Let’s all agree that hearing the bassline clearly is a good thing and then move on.

Plus, you’ve got Gwen Stefani. Once you write that name on the studio callsheet, you’re pretty certain that you’ll have a fantastic track on your hands.

I’m guessing that she’ll live long enough to record an inevitable album of standards from the Great American Songbook. Unlike most such albums by singers who’ve left their original bands and their original styles behind and are sort of grappling for their next step, it’s an album I look forward to buying. She has an extremely agile voice; she could really tuck into a Cole Porter lyric.

Okay. But there are more than a hundred songs in the Advent Calendar pool. Why choose this one?

Every year, my BFF sends me a Holiday mixtape. He’s been doing this for so many years that it started off on cassette. And it’s such a strong offering that I still have a small box of these tapes in storage somewhere. I’m not certain that I have any machine that can play them, but I have the tapes.

He picks a different theme every year. It’s a closely-guarded secret. The only constant is the awesomeness. One year, it was lounge versions of holiday classics from various bands. That was a tough one to get through. I’ll put my hand on my heart and state that clearly. Sometimes I’ll come across a track that requires me to serenely commit to keeping my hands on the steering wheel and off of the “Next Track” button on the stereo.

Because an “iffy” song is always preceded and followed by a guaranteed crowd-pleaser. In the end I feel like I am a better, stronger man for trusting his judgment and listening to the whole thing all the way through. For his judgment is impeccable.

“Your judgment is impeccable,” I emailed him on Monday. The padded mailer had arrived on Saturday, to yelps of squealy glee. I put it on my desk, unopened; I wanted to save it for an hourlong drive I knew I had coming up. I didn’t even want to see the theme or the tracklist until shortly before my departure. But I did tell him how much I was looking forward to hearing it.

Monday. Time for the aforementioned drive. The last thing I did before stepping into the shower was open the envelope and rip the disc onto my iPhone.

It was 22 tracks of Christmas songs recorded by “American Idol” finalists.

I immediately replayed the past 12 months in my head. Had I done anything to piss him off this badly? Does he burn two stacks of CDs for his “Naughty” and “Nice” list? Was this the disc of coal?

I determined that this was just one of those times when one must have faith in the Creator. I offered profuse apologies to iTunes for what I was about to ask it to do, and then I clicked the button to start ripping.

As always, it was an awesome CD. Not for the usual reasons — 20 awesome tracks — but still, awesome.

I’m slightly fascinated by “American Idol” finalists. A few of them are truly good enough to have made it on their own, and (bless you, sir) these performers are all well-represented on the disc. A few are just plain terrible and got to the Final 12 of their season because…I don’t know. Maybe the producers thought that the woman’s full back-tattoo of Mel Blanc would be a good TV or something.

To me, the most interesting performers are the ones whose professional careers couldn’t be more clear. If they hadn’t gotten on “Idol,” they would have found steady work in the music business. Weddings, cruise ships, corporate events…I say it without irony. They have marketable skills.

What they don’t have is any sense of artistry. What came to mind during my drive through track after track was “supermarket-brand chocolate ice cream.” It’s pleasant. It works. But it doesn’t require you to really process what you’re experiencing. It makes no emotional impact. Your brain responds “Yes, that was labeled correctly: we did indeed just enjoy a dish of chocolate ice cream” and then it’s completely forgotten.

Compare and contrast this with the experience of great chocolate ice cream. Better than the premium brands, better even than the stuff made at the ice cream stand ten miles away that’s only open during the summer. I mean a good, small restaurant that makes small batches right in the kitchen, supervised by the executive chef.

Your brain starts off thinking “yes: chocolate.” But it halts the first spoonful in your mouth. It’s…milk chocolate. With just a little bit of bitter dark chocolate powder? And a little malt, maybe? I’m tasting heavy cream…

It’s an experience. You can’t simply taste it and move on. It’s a kind of chocolate ice cream that puts a stop to the table conversation. It commands your full attention. And when it’s gone, it will be assigned a unique identifier in the database. “Chocolate ice cream, the way [name of restaurant] makes it.”

You don’t get that experience from an American Idol contestant. Even the good ones sing as though he or she’s not meant to distract the listener from their shopping.

I think “Idol” can ruin a singer. This is why I cringe when I see some random 12-year-old girl cast in a certain role on “America’s Got Talent.” Producers have story arcs in mind; a perennial one is “we make a little girl’s dreams of stardom come true; let’s make her cry and everything.”

She sings well enough. I imagine that a 12-year-old is at the age when she might acquire a real passion and decides, ideally on her own, to stop singing strictly for fun and commits to years of hard work. You can hear the potential in her voice. She needs to learn technique and discipline; she needs formal training from many hands. She needs to learn how to connect to, and unify, a live audience. These things takes time, along with the courage to be awful while you expand your skill set.

Thus, hand this poor girl an oversized check for $500,000 amid confetti cannons on national TV is the worst thing that could happen for her career. Instead of starting off at age 20 with a mature, interesting voice and potentially pursuing lifelong artistry, she’ll get a year, maybe two, of singing tired pop hits at Indian casinos. Then three or four years of frustration as she wonders why her career isn’t developing.

And then she’ll quit. Because at age 12, she defined singing as a career, and not an art. Also maybe because she’s an 18-year-old with a half a million dollars.

You can see these problems with the “Idol” finalists. Three unmistakeable signs of amateur, karaoke singing kept repeating themselves through the CD:

“Perfect Pitch Via The Braille System.” I felt like I wanted to thrust the music score in their face and tap the notes with a pencil. “Your note is here, I would say, with increasing anger. A professional can see an F-sharp and sing an F-sharp. These jokers feel as though it’s okay to just start in the general vicinity of the right note and then bend up or down until they’re finally on pitch. Note after note after note. It’s not a style choice; it’s a sign of a singer’s lack of ability.

“Too Many Notes.” Was it Dolly Parton who once said “You can’t buy class, but you can spray-paint it pink”? She’s actually a fine singer. What I’m getting at is that the lyric from “Joy To The World” is supposed to be

Too many notes! You’re singing things that aren’t there. This is another way of covering for lack of technique. A prime cut of steak needs just a light grilling and a side of vegetables. There’s nothing to hide. The “Sea Biscuit” grade gets days of marinating, injections of garlic cloves, and then a burial at sea in a thick rich sauce.

A good voice doesn’t need extra notes. The notes on the page will serve perfectly well.

“The Constipation Voice.” This is the technique where the first note of every line is sort of squeezed out slowly. As a listener, you sort of have to hang in there. It’s possible that the singer keeps forgetting the next line. It’s more likely that she simply has no taste.

That’s one of the things you learn with formal voice training, I reckon: taste. Do away with the tinsel, treacle, flashing LEDs and spray glitter and just sing the damned song.

So what does this have to do with “Oi To The World”?

I didn’t bother creating a new playlist for this mix cd. Instead, I listened to it via a Smart Playlist that always syncs the newest X tracks to the iPhone. I played the songs in their original tracklist order (which happened to be the order in which they were added to the library).

But for some reason, iTunes snuck “Oi To The World” into the middle. I don’t know why. I suppose it was Lilith’s kind act of charity and support during this, my time of great struggle.

I’m always pleased to hear a No Doubt song. But I’ve never been so goddamned grateful for one in my life. I present the tune here as an insignificant token of gratitude. It filled me with the courage I needed to get through the remaining 11 tracks.

Before I close, I must say that yes, my BFF’s streak remains unbroken: this was an awesome holiday mix CD. I have no bloody use for simply awful music. But I can definitely use bad music that gets me thinking about what I like and don’t like about musical performances. It was a 90 minute drive each way and I had plenty to occupy my mind throughout the whole trip. I’m prepared to stamp this one as “Awesome.”

(That said, when I got home I emailed my friend again, saying little more than “There will be a reckoning. Yes. A reckoning, there shall most definitely be.”)

Sample ‘Oi To The World’ on Amazon MP3