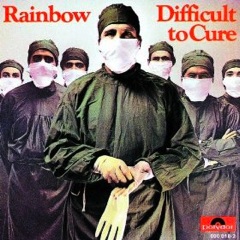 A sprightly rock arrangement of the final movement of Beethoven’s Ninth Symphony.

…Dedicated, as we all know, to his wife, Joy.

I’m sorry. I am but an imperfect vessel for the Universe’s perfection.

It’s a spritely rock instrumental with much to recommend. There’s nothing cheap about it. Check out the Classical department of Amazon or iTunes and look at how many recordings feature variations on another composer’s theme. Rachmaninoff and Brahms and those guys had no problem with this concept. So why should we hate on the fine young men of “Rainbow”?

And if you’re a child of the Eighties, this track will inspire your imagination. It’s a rock power-anthem version of one of the most well-known pieces of Classical music. You’ll definitely imagine that you’ve heard it somewhere in the soundtrack of a really bad Eighties light comedy.

What sort of movie featured it, though? Was it:

The posh daughter of a famous orchestra conductor, herself a promising and gifted pianist, is being crushed under the weight of her father’s expectations. She has technical brilliance, but plays without passion. Until she meets Caz, the scruffy teen son of one of the family’s servants. He practices on his Stratocaster in the greenhouse while his mother cleans the floors of the mansion.

One day, the girl is lured from her tedious rehearsals by the sounds of his awesome way-high-up-on-the-neck fretwork. A friendship, then a romance, develops. She finally learns passion…in music, in life, and in love. But will this bluejeaned muse with the long hair ever win her father’s approval?

The movie builds to her long-anticipated debut, backed by her father’s orchestra, at Really Big Famous Concert Hall. She haltingly begins playing the first measures of the Rach 2, and then stops, slamming the keys. “This isn’t the Rock I was born to play!” she shouts at the conductor.

The murmurs of the stuffy, tuxedoed audience and the stern outburts of her father are silenced by a burst of power-chords as Caz knee-slides across the stage. The girl kicks the stool from behind her and joins in, hammering the keys joyfully. The orchestra quickly follows suit as the conductor finally guides and shapes the performance, accepting Caz’ talent and the strength of their love, etc.

Legendary heavy-metal guitarist Drek Stonehenge witnesses a mob hit while peeing in the alley behind his band’s latest gig. The feds need to hide him until he testifies, and they get him a job as the orchestra director at a struggling inner-city school that’s in danger of losing its accreditation, and city budget. Wacky hijinks ensue as he fails to temper his rock-star habits. But ultimately, he starts to feel responsible for these misunderstood kids, and finds a way to reach them. “Let me tell you about another teen who was considered a ‘loser’ and an ‘outcast’ and a ‘troublemaker’: His name was Lud, and he wrote a little song that rocked every bit as hard as Slayer’s ‘Raining Blood’…”

The school goes on to win the All-City School Orchestra Beethoven Competition thanks to Drek’s inspired arrangement of Beethoven’s Ode To Joy. The orchestra saves the school and they even bested out the snooty, abusive, well-funded orchestra from Pale White Yachting Kids Prep, who had won the top prize every year previously.

“Look, we’ve tried everything,” an exhausted composer declares to the cunningly-attractive young female conductor of the Baltimore Symphony. She wants to continue to audition new musicians, but he’s having none of it. “The big, internationally-televised concert in front of the President and the Pope and the Queen of England is next week. The debut of my new piece requires a force and intensity in a kettle-drum player that nobody has been able to produce. This is the most important performance in the Symphony’s history. We need some fresh thinking, or else we’re all doomed!”

They’re in a sports bar next to the concert hall. As they continue to argue, the composer is suddenly distracted by the football game going on in one of the huge HDTVs on the wall.

Smash-cut to! Barefoot field-goal kicker Bob “Trash” Talken, the “bad boy” of the Baltimore Ravens. He’s just been suspended from the game for his latest aggressive outburst. Furious about his coach’s order to kick the ball offside instead of ‘going for it’ — his personal credo — he starts kicking teammates, referees, anything within range. Inevitably, a fan of the opposing team who’s been beating a big bass drum in the stands throughout the game attracts his wrath. The fan holds up the drum defensively and Trash’s foot connects…producing a profound, pure, resonant tone that booms through the digital broadcast and into the sports bar, causing the composer’s eyes to widen and a smile to spread across his face.

The conductor figures out what the composer is thinking. “We can’t,” she gasps.

“We must,” the composer replies.

“You will,” he says firmly. “There’s nothing in the rulebook that says our kettle-drum player can’t strike the drumheads by kicking them.”

One of the symphony’s trustees is a federal judge. He uses his influence to arrange for all criminal charges against Trash to be dismissed, if he agrees to perform community service in the form of joining the Baltimore Symphony.

He used to be the NFL’s problem; now he’s the cunningly-attractive but highly-uptight young female conductor’s. She treats his lack of discipline and experience with utter contempt, until she sees Something Decent in him. Trash, for his part, has always secretly feared his own uncontrollable temper and begrudgingly admits that he wants to be a better person. After she melts his rough exterior, he starts to feel something he’s never felt before in his years in football: pride and self-respect.

In the end of the third act, they both realize that they want to make this work. But can Trash learn the ways of the Symphony, and learn to swallow his ego and follow the directions of a conductor and stick to the composer’s score, in time for the big broadcast? Time for a training montage. Soundtrack: “Difficult To Cure.”

Yeah, the Eighties kind of sucked as a movie decade. I think that’s why it’s the decade in which home video finally caught on. There was really nothing else to watch.