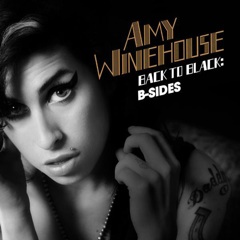 Back To Black: B Sides

A last-minute substitution, sensation-seekers. My original pick for today was a different Amy Winehouse tune, which I’d bought months ago as part of a soundtrack. When I hit Amazon to grab the link, I found that the song was originally part of this compilation. I started sampling tracks from “Back To Black” and this song stopped me dead.

“Love Is A Losing Game” represents the highest degree of difficulty for a vocalist. It’s a tricky melody and very subtle one, but for all of that it’s still a blank canvas that requires the performer to truly invest and connect to the lyrics. If she maintains an emotional distance, the song makes little sense. If she coasts through even a single measure, the performance will come across as naive or glib.

If she does it just right, however, she’ll inspire the listener to tap the “repeat” button on the iPod and pour another glass of something. The listener will then lean back, close their eyes, and think about things that have gone horribly wrong recently. That’s excellent value for just 99 cents.

Performers like Amy Winehouse fascinate me. She’s up there with Sinatra, Janis Joplin, or Billie Holiday. She goes far beyond the capabilities of “someone who sings extremely well” and crafts a unique performance for each song she records.

The similarity extends, unfortunately, to the way that her enormous talent is becoming eclipsed by the fictional character that represents her in the public’s perception. When you think “Sinatra,” you think of the celebrity tough guy who at times acted mostly as a host organism for hairpieces and tuxedoes. Joplin is the classic rock and roll live-hard hippie drug burnout. Billie Holiday? Tragic lost lamb who clung to the wrong life preservers.

Amy Winehouse seems to epitomize the Internet-era celebrity career curve. Initial fascination turns to fame and fortune which leads to an endless stream of humiliating photos and videos on TMZ and Gawker. And then one day, I’ll hit Twitter and find that “#AmyWinehouseRIP” has become a trending topic.

Everyone’s to blame for this modern phenomenon. TMZ is to blame for sensationalizing sad-and-bad public behavior. We’re to blame for reading it. And I suppose Amy Winehouse must be blamed for engaging in the sort of pre-show rituals that ultimately force her to stumble off the stage in mid-song to vomit in the wings. We all need to do better. The first thing you should think of when someone says “Sinatra” is “One For My Baby.” If it’s anything else, then it can only mean that our system has flaws.

I’m ashamed to admit that when I had my original pick in mind, I was probably going to throw in a snarky line like “…And because it’s a cut off of a soundtrack, you’ll never have to admit to anyone that you’ve bought anything from an Amy Winehouse album.”

What an idiot. Amy Winehouse is no Jessica Simpson or Britney Spears. Their musical careers were propelled solely by celebrity. Inevitably, the public moved on and these two were left hanging in midair. The best they could hope for was that their managers could slide the “Dancing With The Stars” airbag underneath them before they hit the ground.

At some point, The public will get sick of seeing Amy Winehouse’s semi-lucid face staring foggily back at them on websites and tabloids. They’ll move on. And all Amy Winehouse will have left will be her phenomenal talent as a vocalist. If she can keep herself vertical and above ground, she’ll be fine.

A track like “Love Is A Losing Game” represents the only credentials she needs. It’s a bare recording. It sounds as though she and a guitarist sat on opposite sides of a USB microphone plugged into a MacBook, tapped “R” in GarageBand, and hoped for the best.

It’s an honest and revealing performance. It’s almost conversational, complete with the hesitations and other imperfections you’d hear from a woman who’s simply speaking thoughts as they occur to her, instead of a performer who’s reading off of a heavily-rehearsed script and sipping a Red Bull before launching into Take 21.

One thing, though: dying young and stupidly can do great things for one’s career. Cyndi Lauper and Annie Lennox are probably the two greatest female vocalists to graduate from 80’s pop music, but today they’re largely thought of as nostalgia acts. Hell, go back to Keely Smith. She wasn’t one of the very greatest singers to come out of the 50’s and 60’s but she was certainly way more talented than, say, Jim Morrison. Morrison was immortalized first by death at 27 and then by three generations of college kids who needed a poster to cover up a creepy-looking stain in their dorm room. That voice plus thirty pounds of extra flab wouldn’t have gotten Jim Morrison past the cattle-call round of “American Idol.”

So what did those other singers ever get, by losing self-destructive habits and staying out of the tabloids for most of their lives? It’s obvious: they got to live to see 50.

Which is bad news for the longevity of their work as artists. But I bet that this Christmas, Annie Lennox’s kids are happy to hear Mom sing “Winter Wonderland” live in the living room instead of via the last CD she recorded before her mescaline-fueled hydrofoil accident in Macau. A giggly six-year-old girl running towards you shouting “Grandma!” beats pop-culture immortality any day.

Check out “Love Is A Losing Game” on Amazon and you will cause a few coppers to drop into my pocket via my Amazon Associates account. In return, I promise that I’ll continue to engage in career-limiting behavior that keeps me well off the celebrity radar. You have my word: at no point in my life will a paparrazo ever be inspired to think “It’s a weird angle, but it’s worth a shot. You never know…maybe tonight Andy decided not to wear underpants.”