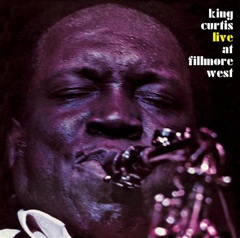 Them Changes (Live At Fillmore West)

Them Changes (Live At Fillmore West)

Oh, what a tricky minefield it is, to select the First Song In The Playlist. I ask you: how many high school Winter Formals were ruined before they even began, thanks to a clumsy DJ who kicked things off with Spandau Ballet’s “True”…before the teens have gotten liquored-up enough for a little slow-groping?

Hmm. Pardon me while I look go Google something.

Okay, that tune was released over a quarter-century ago.

That’s irrelevant. Does it matter how long ago was “Call To Post” composed? Indeed it doesn’t. As soon as that trumpet tune peals across the paddocks, the horses and the riders know that it’s time to mount up and “True” has a similar timeless stimulus-response effect upon its audience. Countless generations of babies are destined to be born to teenage parents, thanks this masterpiece of the New Romantic movement.

Which means that if the Evolutionists have got it right, by the year 5,000 our planetary anthem will be a track off of “Parade.” My suggestion to the People of 5000 A.D.: “Highly Strung.”

Yes, it’s time once again for my annual Amazon Advent Calendar, during which I recommend a different Amazon downloadable track every day through Christmas. You people get a little music, and I get the satisfaction of having helped my fellow man and woman.

As well as a little kickback from your Amazon purchases after you click the link…whether you actually buy the track or not.

Suh-WEET. I’ve been doing this Advent Calendar for a bunch of years but 2008 was the first time I thought to embed kickback links. I thought that I’d maybe make thirty or forty bucks from them. You know, enough to partially offset the cost of all of the tracks I buy while making my selections. It wasn’t until weeks later when I got my statement from Amazon that I realized that, um, I probably should have chosen the “send me a check” option instead of Amazon store credits.

So to everyone who read parts of this series last year and might have thought “That was a neat 30-second sample, but it’s really my bag. Hey, so long as I’m on Amazon, I might as well do a little holiday shopping” I can only say: thanks for the free HDTV.

Onward. And back to the topic of “the first track in a playlist.” You want to get the crowd up and on its feet immediately. Your goal is to lure them away from the steam-table buffet and onto the dance floor. This sounds like a job for some classic R&B.

You will recognize this song immediately. “Yes!” you might exclaim. “It’s the Buddy Miles classic, which he originally recorded as a member of Jimi Hendrix’s Band Of Gypsies, but which would quickly become the influential soul drummer’s signature song!”

Those of you who are not desperately cribbing a look at Buddy Miles’ Wikipedia page will have a different, but no less joyful reaction:

“Oh! This is that awesome song that the Letterman band plays all the time while the show goes into a commercial!”

Indeed it is. And it is Awesome. I got to attend a Letterman taping last week and I can emphatically assert that the great reward of waiting a year or two for tickets is getting to hear the band play. I mean, you don’t miss a thing when you watch Letterman kick it around with Robin Williams on TV. But when you watch at home, you only get to hear about five seconds of the band’s music before the show cuts away to a cartoon fungal parasite peeling up people’s toenails and carving through the exposed flesh.

The band gets the audience pumped up with a couple of numbers before the show starts, and yes indeed, they play full numbers through the entire commercial break. Always masterfully-played, always high in intensity. When they launched into the familiar, pumpy intro to this song and Bruce Kapler started belting out the words (which I’ve never caught before) I immediately got out a pen and started jotting down any unique lyrics so I could search for the track later. “Them Changes” was purchased almost as soon as I got back to my MacBook and an Internet connection.

But this here Advent Calendar selection isn’t the original Buddy Miles version. Mmm…no. I became a fan of this song through the CBS Orchestra. Any version I buy needs to match as much of its feature set as possible:

1) It needs to be a live performance. I need a big band of musicians feeding off each other’s energy and the audience’s.

2) It has to be played uptempo. I was surprised by the tempo of the original edition. It’s just a smidge slower than the arrangement that you hear on Letterman, but those few beats per minute make all the difference.

3) Give me a full brass section. I can’t fault Carlos Santana or Eric Clapton for dancing with the girls they brought. And they’re lovely guitar players. But this is a steam-powered tune and for steam, you need heavy pipes and lots of ’em.

4) Paul Shaffer plays one hell of a Hammond B3 organ. Thus, no version of this song is in anyway acceptable without one hell of a B3 solo.

Done, done, done and damn-yeah. This version is performed by a full band playing full-out, with each section and musician given a chance to make the emphatic statement “This band would be nowhere without me.”

Suffice to say that if you’re cleaning the kitchen and you’ve got your iPhone docked to an iPod Hi-Fi and this track comes up on Shuffle Play…put the glasses and dishes down. The urge to groove is irresistable. And incompatible with the handling of delicate stemware. I speak from experience.