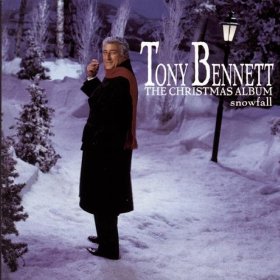 The Christmas Song (Chestnuts Roasting On An Open Fire)

Doing a musical Advent Calendar is a piece of cake, honestly. If you have any taste in music at all, then you have nearly every album Tony Bennett ever recorded. Just choose one at random and post it every morning. There. Done. And you couldn’t be doing your readers a better service.

I’m not pursuing this obviously sensible algorithm myself, but only for the same reasons why Olympic divers don’t just cannonball off the side of the pool. It’s a foolproof and effective method of transferring from air to water, true. You can’t help but think that you’ll make a bigger impression if you just change it up a little.

We’re now in the shank of the season, when I’m encouraged to go exclusively with holiday-themed tunes. Even when I limit myself to the Bennett catalogue, I’m paralyzed with choices. He is, quite simply, The Man. You could argue that he’s had a greater singing career than any other performer of the 20th century. He never had any ambition to be anything more than a singer, so he never got distracted into movies or TV shows. He never got so famous that his audience’s expectations got in the way of his continued growth as an artist. He never got so bored with his career that he either became a parody of himself or simply walked away entirely.

Even Sinatra got typecast in the role he created. He got so trapped in it that his audience refused to accept him as any other kind of singer, performing any other kind of music. audience’s insistence that he never break character stymied any attempts to innovate. Maybe it actually killed the desire that made him such a force between the Thirties and Fifties.

Not Bennett. His career had a perilous downswing (not entirely unconnected to a period of recreational drug use that thankfully never swung fully into addiction) but through it all, he was free to keep on working, keep on picking the best songs and working with the greatest musicians.

I’m choosing “The Christmas Song” because it’s just about a perfect pairing of material to singer. No wonder. The song was written by Mel Tormé, another virtuoso interpreter of songs. When Bennett makes his way through these lyrics it’s like Jeff Gordon settling into the cockpit of a racecar designed by Richard Petty. It’s a song that demands excellence. The lyrics and the melody stroll along together at the same pace, but never in the same step. The singer can either tool around the course at a safe and stately pace, or crash into the first or second turn. Bennett is one of a handful of singers who finish it by doing donuts and burnouts in the infield, doing a backflip off the roof, and then chugging the whole quart of milk.

Yes, I know: the milk thing is Indy racing, not NASCAR. Look, as it is I had to check Wikipedia to make sure that Richard Petty was the guy I thought he was. Cut me some slack.

And tip some coppers into my Amazon Associates account by purchasing this song via Amazon MP3, where all tracks are sold DRM-free and at high bitrate. Viz:

At this time of year, when abundance abounds and Want is so sorely felt…what’s that, Mr. Scrooge? The treadmill and the workhouse? Why yes, they remain in working order, Mr. Scrooge, though I wish I could state otherwise. Yes, and the iTunes store as well, sir…