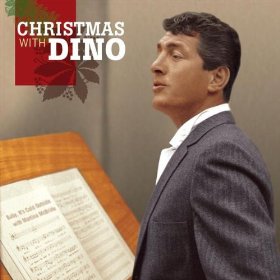 Every September and October the stores are jammed with new Christmas CDs from every Tom, Dick, and former “American Idol” contestant making one last stop in the music industry before returning to Jiffy Lube and picking up where he or she left off a couple of years ago. There’s no law stopping them from recording “White Christmas” and “Santa Claus Is Coming To Town” and “The Christmas Song.”

(This is just one of the many reasons why I voted for Obama this year. It’s time for us Americans to find our pride again.)

But even if the singer in question is actually a talented vocalist, it’s just Holiday Karaoke. You can sing “White Christmas” as sweetly and perfectly as it can possibly be sung, discovering new layers and nuances with every phrase. Your audience will still just applaud politely and then say “We’ll be sure to get in touch with you if every single 78, 45, LP, 8-track, cassette, CD and digital copy of the Bing Crosby version is ever destroyed.”

Even thirty-years dead, Bing Crosby owns “White Christmas.” Occasionally some green kid with a belly full of whiskey steps into the Holiday Music Thunderdome and challenges the old man. But older, wiser, and more sober heads quietly lead him back out again before Der Bingle even becomes aware of his presence.

Dean Martin doesn’t have quite the same lock on “Let It Snow!³” but he’s risen to six consecutive challenges (also with a belly full of whiskey) and proven that his version is the product that people want.

It’s a perfect match of subject to singer. It’s cold outside, and it’s snowing and dark. But who would want to leave? You’re “stuck” for an indeterminate amount of time, but you’re in a cabin with Joan Baez!

See? Of course: the only sensible thing to do under those circumstances is to just take your chances with the blizzard. Sure, Jack Nicholson froze to death at the end of “The Shining” but at least he went with a smile on his face. That’s not the face of someone who spent the last four hours of his life being lectured about the need to prevail upon the Great Spirit to come down from the Tree of Life and finally do something about the rise of chromium levels in Chilean waterways.

But who wouldn’t want to be stuck in a cabin with Dean Martin? You acquire +30 Charisma and +50 Smooth points just by breathing the same air as him for an evening.

Also, at least a .30 blood alcohol level. Hell, it’s not like you’ll be driving anytime soon.

Dean Martin definitely would have used the Amazon MP3 store if it had been around ten years ago. Buy “Let It Snow!³” from there and the whole world will see you in a new and highly positive light (and I’ll get a small kickback).

Or you can buy it from iTunes. Clay Aiken swears by it.