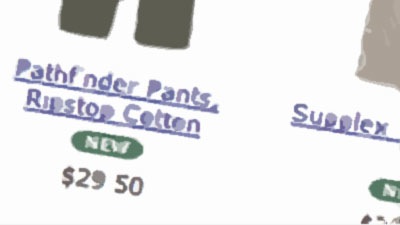 Two notices, sensation-seekers. First, the site’s performance issues should be resolved shortly. Apparently, my host’s upstream provider was performing some maintenance, and a few nooks and crannies of the Empire are being hassled by uppity Skywalkers and their no-account friends. I am assured, however, that all of these issues will be behind us once there’s been a demonstration of the awesome might of this fully armed and operational battle station.

A kind link from Daring Fireball came at precisely the wrong time, o’course. Though I suppose I could turn the service slowdown to my PR advantage. In the New Media marketplace, no cachet is more desirable than “this site or service is so incredibly unbelievably popular that you practically need a reservation to get in. It is so very popular, furthermore, that this reservation will not be honored unless you happen to be a celebrity on the order of a recently-disgraced Senator or greater and paparazzi are available to photograph you as you cross over the club’s logo on the carpet.”

Yes, that’s an 80% lie, minimum. But lying about your stats is another one of those knacks that hopeful New Media moguls need to master.

In other news, I impulsively started an important social, commercial, and sartorial experiment over there on my Twitter feed the other day and I probably ought to bring you folks in on it.

“Stick my head in a basket full of rat traps, or go shopping for a few pairs of casual pants? So hard for the average male to decide…” I Tweeted, dreading an upcoming errand. For indeed I need pants, and indeed I would probably prefer to experience five seconds of intense pain all at once than suffer the same discomfort, stretched out across three hours and five stores and innumerable snide, giggling salesclerks.

One or two people suggested that I just go clothes-shopping online, but I balked. Buying pants without the benefit of a quick road test is a risky proposition. Why do so many designers of men’s pants fail to understand that our ladyparts are different from a lady’s ladyparts? That’s the impression I get when I’m there in the fitting room with a prospective pair of pants. They seem to fit fine until I try to walk or sit in them. At that point, I realize what one of those six superfluous pockets is for. Apparently, you’re meant to detach your balls and stick them in that side pouch next to your iPhone until you take your pants off again…at which time you’re certainly going to need the things back for the upcoming action.

But I got enough specific recommendations that I saw the opportunity for a grand experiment:

THE 2008 INTERNET PANTS OF THE YEAR PAGEANT!

Here it is: recommend me a pair of pants. I will purchase ONE pair from all those recommended — using the online store’s sizing tools, if any — and then carefully report on the success or failure of said item.

I am willing to let Internet consensus choose my pants, and Web 2.0 deliver them to me. But there are a few rules:

1) Pants must be available for purchase via the Internet. It’s OK if they’re also available via brick-and-mortar stores but purchase will be made online. Part of this is a test of buying pants without trying them on first.

2) Style is “casual.” Yes, there’s an awfully wide latitude. Suffice to say that boring, “good for school, or church!” pants are perfectly acceptable. But so are the kinds which are wired up to act as a WiFi repeater, and those which can be reversed to safety-orange for your Community Service days.

The basic style guideline is that if they shouldn’t be so upscale and fashionable that I won’t want to put them in the daily pants rotation. And if they’re so Alternative that I don’t think I can get away with wearing them to the wedding of a distant cousin — church service only, no reception — then that’s going too far.

3) Black/dark colors preferred but not required.

4) Price shouldn’t be so high as to provoke dumbfounded reactions from a parent who’s all-too-aware of how much a freelance journalist makes. Pants retailing at $60 and above had better arrive at my house hugging the sublime buttocks of the pre- or post-pregnancy Jessica Alba.

5) No kilts. Kilts are only pants if you were one on each leg. Even then, you’re probably going to create a bit of a stir at your next school board meeting without a strategically-swaddled towel.

So if you have a pair of Internet Pants to recommend, go ahead and recommend ’em. Call for nominees closes at 11:59 PM EST on Tuesday evening.