Meet Keith Short, a man whose job is way, way cooler than yours or mine in every conceivable way.

Keith is a sculptor. True, he has never earned the sort of credibility that can only be attained by sawing an elephant in half and dropping it in a tank full of formaldehyde and “lost” Ohio presidential ballots. But still, the man’s done OK for himself. 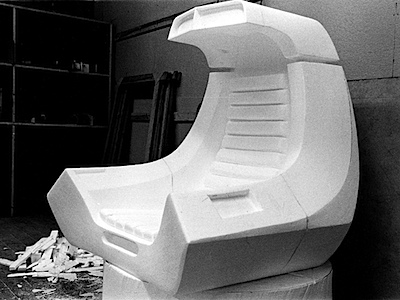 Emperor Palpatine’s throne in “Return Of The Jedi”? He sculpted that. The Lost Ark? That, too. Oh, and the Batmobile. And when Westminster Abbey needed to replace a whole bunch of broken bits, they called Keith.

Just something for you to think about on a dreary Thursday. You know, when you’re sweating to complete a report that needs to be on someone’s desk in twenty minutes and you’re starting to wonder if, a hundred years from now, anybody will really care how much toner the fourth-floor pool printers at your company’s Manchester office consumed during the last week of January 2008.

4 thoughts on “From the “Your Job Sucks” department…”