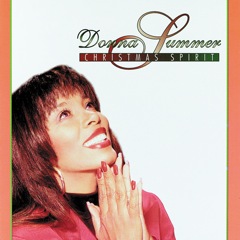 Blah, Blah, Blah: Hands-down my favorite Christmas song. If I’m out and about and carols are in the air and a version of “O Holy Night” that I haven’t heard before comes on, I put my audio subprocessors in full spread-spectrum capture mode because I’m sort of eager to find a version that’s even better than my favorite version.

Again I come back to the observation that you don’t need to be religious to be affected by religious music. If you can listen to Bach’s Mass in B-Minor and not be moved, then you definitely need to have a fresh set of batteries installed somewhere because somethin’ ain’t workin’ right. Great music is created and performed by people who truly believe in what they’re doing, who feel as though this thing they’re creating is important; people who are very, very highly motivated to not screw this up.

“O Holy Night” is unusually potent because it’s such an effective piece of theater. It starts off quietly, cautiously. Then the singer appreciates the scale of what he or she’s talking about, and releases his or her joy. And check out the lyrics:

Long lay the world in sin and error pining,
Till He appear’d and the soul felt its worth.
A thrill of hope, the weary world rejoices,
For yonder breaks a new and glorious morn.

Any writer who penned those lines would have just cause to put the pen back in its holder, knock off work early, and go out for waffles. “The rejoicing of a weary world.” Crimeny. If you’re a writer and you don’t aspire to that kind of brilliance, then you need to sell your MacBook and get a job loading trucks at UPS.

Why I Bought It In The First Place: I’m not 100% convinced that this is my favorite version of “O Holy Night.” I think that honor goes to a live concert by operatic Iron Chef Kiri Te Kanawa. I had it on laserdisc and if that concert has ever made it to CD, I can’t find it. Can’t even find it on DVD.

I certainly couldn’t find a recording on iTunes. And so, the hunt for another Favorite was on.

It’s a tall order. I there are two things you can do to this song that call for an immediate technical foul and ejection. Most egregious is when the artist doesn’t trust the song to succeed on its own merits, and elects to “improve” it.

I mean, I’m not an expert on music. All the same, I promise you that the previous 140 years’ worth of performances were not just the build-up to your little slice of perfection known as “O Holy Lambada Night Mas Caliente!”

The second immediate DQ is when the singer carries the lyrics like an egg from start to finish. Sir or madam: read the lyrics again. World filled with sin. Jesus is born, the entire world is healed and rejoices. Your reaction to this should really be logarithmically greater than (say) the indifferent happiness you experience when you look under the cap of the Coke you’ve just cracked open and discover that you’ve won a free 20-ounce bottle with your next purchase.

This Donna Summer version is damned close to the ideal. Women who grew up singing gospel can always be counted on. In fact, I encourage you to hire gospel singers for any open positions within your corporations. A woman who can sing like this will almost certainly know what to do when a snowed-in airport means that FedEx won’t be able to deliver the company’s trade show booth to Las Vegas on time.

And for all my blathering about the need to play the song straight, the lady really opens it up after the first verse. That’s fine. She took care of the compulsories straight away and then she proceeded straight on to the Freestyle portion of the competition. Now here is a woman who feels as though her Original Sin has been washed away quite effectively.

Now it’s time for me to complain about Lakeshore Records. I don’t know who at that organization has been put in charge of selecting content for the iTunes Store, but I’m reasonably sure that he or she was visited by three ghosts on Christmas Eve. I’m also sure that he told the whole trio to go **** themselves and then gave them intentionally-incorrect directions back to the interstate.

For Lakeshore Records is the publisher of the soundtrack to a fairly wretched recent holiday movie by the name of “Deck The Halls.” This film is in that major genre where comic actors past their peak of box-office power play hapless fathers who cling helplessly to wildly out-of-control and improbable vehicles.

Enough said about that. But the soundtrack has at least one thing going for it: “O Holy Night” as sung by Ms. Kristen Chenoweth. What a voice! Wikipedia tells me that she has a BA in musical theater and a Master’s in opera. Clearly, this is a woman who’s prepared to bring a gun to a knife fight. Each of her few tracks on the iTunes Store leaves absolutely no question that Ms. Chenoweth truly performs a song instead of merely singing it.

The thirty seconds’ worth of “O Holy Night” that I’d heard left me convinced that this version could be a world-beater.

But now we come back to the aforementioned dirty stinking bastards at Lakeshore Records. The “Deck The Halls” soundtrack is only available as an entire album. You can’t just snag the Chenoweth track for 99 cents. No no no.

In 1987? Sure: I might have bought a whole CD for one specific track. Back then, buying an album sometimes felt like opening a little Christmas present. You knew you were getting the hit single and you hoped that there’d be a few cheery little surprises hidden among the discs 10 or 12 other tracks.

Alas, I’ve just checked on the Internet and it turns out that as of today, it is indeed 2007. I do still buy actual CDs, but only after vetting all of its tracks on iTunes and determining that the thing’s so damned awesome that I must have it in the best non-compressed non-DRM’ed format.

Today, buying 12 tracks that I know I don’t want in order to get just the one I actually need seems offensively retro. I wouldn’t walk through downtown wearing a “Frankie Say RELAX” tee shirt. For similar sensible reasons, I’m willing to wait until Ms. Chenoweth inevitably comes out with a Christmas album.

In the meantime, the soundtrack has a MySpace page. You can listen to the whole track there.

Some of you might even choose to do something clever but morally dodgy.

Oh, and one final note to the aforementioned dirty stinking bastards at Lakeshore Records: even if it were1987, I still wouldn’t have bought this album. In 1987, I was an impoverished student and the only way to get me to buy a $15 CD would be if there were $20 worth of Subway coupons tucked inside.