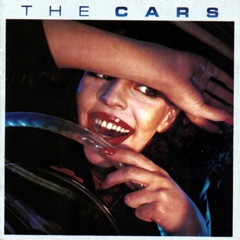 Blah, Blah, Blah: A songwriter must think it’s the coolest thing in the world that their songs take on lives of their own once they’re in the hands of the public.

Or maybe they think it totally sucks. Yeah. I can see that. I can imagine Bob & Jackie Scott leaning back in satisfaction after composing their biggest hit.

“I feel as though just I’ve torn out a piece of my soul,” said Jackie, as they both admired the sheets of handwritten music spread across the table.

“I was just thinking the exact same thing,” Bob replied. “But in a good way. I feel as though I’m finally starting to come to grips with Caroline’s death.”

“How many times did we play this song for her?”

“God. She knew that if she asked us to play it right at her bedtime, she’d get to stay up an extra fifteen minutes.”

“Like that was ever going to happen! I don’t know who enjoyed the song more…Caroline, dancing and jumping around our home studio in her little pajamas, or us, watching her.”

“You’re sure it’s all right to release this? It was always her special song, after all.”

“Just think about how much joy Cee Cee’s Song will bring to other little children. All over the world…for years to come. It’ll be a lasting memorial.”

“Every time we hear it on the radio, we’ll think of her.”

And then they spent the next ten minutes simply holding hands and listening to the demo tape.

“Cee Cee’s Song” became a monster smash hit, of course. Except the publisher renamed it “Yakkity Sax” and it became Benny Hill’s signature tune. So instead of being associated with an adorable little girl, it universally conjures up images of a busty half-naked woman being chased in serpentine fashion by bobbies, milkmen, firefighters, construction workers, nurses (also half-naked), gorillas, and a 50-year-old man dressed as a giant baby….in double-fast motion.

Still, I suppose all those royalties came in handy, right?

If you’re of a certain age, dear reader, you know precisely why I’m bringing all of this up. To an entire generation — specifically, to the straight men and lesbians of that generation who saw “Fast Times At Ridgemont High” in a real movie theater at any point during puberty — “Living In Stereo” is a very, very happy song.

Of course, you do need to mentally edit out the Judge Reinhold bits from that scene. Ideally, you’ll physically edit them out. But ask any of the aforementioned straight men or lesbians and they’ll tell you that editing out everything except the Phoebe Cates bits is way, WAY worth the three hours you’ll spend ripping the DVD and then cutting it down in iMovie.

Why I Bought It In The First Place: In New England, the nights are very cold.

Sample “Moving In Stereo”
on the iTunes Store