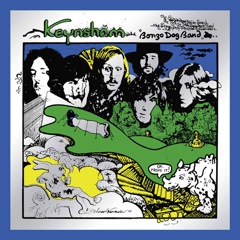 How Sweet to Be an Idiot

Blah, Blah, Blah: I love this song first and foremost because it’s such a sweet, simple and effective tune. But also because though it’s been one of my favorite songs for a long, long time, I’ve never been completely sure what it means.

I’ll tell you what it means to me: being an idiot renders you immune to a great deal of the crap in life that really doesn’t matter anyway, and it allows you to enjoy simple pleasures.

Instead of “being an idiot” perhaps we should say “being an ‘idiot’.” I can’t say that my behavior has been directly influenced by this song, but thought life I’ve found that being a willful idiot on occasion is a pretty useful tool.

See what I mean? An idiot wouldn’t be worried that the person who said that — oh, you know who you are — was trying to put him down or make him look foolish. An idiot would recognize the joke, then he’d chuckle, and then he’d move on, which is entirely the right response.

Whereas a person who’s committed to more complex forms of thinking might worry about losing face, or they might try to figure out a way to extract revenge or an apology. Which is nonsense. The person who made the remark probably said it out of reflex and forgot all about it five seconds after the words left his lips. Why let it ruin your day?

Honestly…how frequently do we miss the point or trip ourselves up by thinking too deeply about things?

An idiot isn’t consumed by a harrowing fear that the man with the heavy backpack who just boarded his subway car is a terrorist carrying a dirty bomb. The idiot offers up his seat, because he notices that the guy looks like he’s completely exhausted from carrying that thing around. When an idiot sees a Big Mac wrapper on the sidewalk, he doesn’t start railing against the megacorporations who choose to crush individualism under the iron bootheel of a nice, tidy, national McMarketplace. The idiot simply picks it up, puts it in a nearby trash can, and continues to enjoy his walk.

Neither of those two actions require any kind of a subtle understanding of the inner workings of the planet and our Society. A simple awareness of what’s going on right in front of you is all you need. And both of those hypothetical actions would do much, much more to improve the world than any hand-wringing blog post speculating about a presidential candidate’s policies concerning Iraq.

So that’s my own take on this song. But I’d really like to know what Neil Innes had in mind when he wrote it. It’s possible that the song’s narrator is, truly, an idiot, oblivious to the meaning of anything. The song’s bridge also makes me wonder if the narrator is on his way to, from, or even currently inside a mental hospital.

It’s tricky. There are plenty of people out there who think The Who’s “Squeeze Box” is a pleasant little ditty about a mother who enjoys playing the accordian. Should we try to prevent these naive innocents from making fools of themselves in public, or is it best not to spoil things? Hmm.

“How Sweet To Be An Idiot” comes up on my internal soundtrack quite often. Frequently, I start hearing it when I’m taking a long walk with no set agenda. Naturally, there are times when thinking six or seven moves ahead is vitally important. But there occasions when I’m truly grateful for the ability to switch off my higher brain functions. It allows me to stop and enjoy the sight of a small dog who’s passionately trying to chase a french fry from the bottom of a paper bag that it’s found.

Why I Bought It In The First Place: I first bought this track in the mid-Eighties…on vinyl, in fact. As a kid, I never really got into popular music but whenever I passed by a secondhand music store, I’d head straight for the Comedy/Spoken Word section. Then as now, out-of-print comedy albums were low on the priority list for being issued on CD, so if I wanted to listen to The Goons or The Hitch-Hiker’s Guide to the Galaxy Radio Drama, I had to get it on LP and then dub it to cassette on my Dad’s stereo, which I really wasn’t allowed to touch.

I think Dad knew that I was messing with his hi-fi gear, though. He’d screw it up on a bimonthly basis by randomly unplugging things and throwing switches. Eventually he had to have figured out that there was some reason why his stereo would magically start working again a few days later.

Sample “How Sweet to Be an Idiot”
on the iTunes Store