Nothing to see here, folks. I’m just testing out a couple of offline blog editors.

I like WordPress’ visual editor. I just wish it didn’t have a little black lump of chilled steel where a human heart should be.

(Assuming for the purposes of this post that WordPress’ visual editor were a human being. But if it were, I wouldn’t waste time making analogies about its insensitivity to my needs as a fellow person. I’d just start slapping it right away, and I wouldn’t let up until it promised to finally behave.)

It does what it says it does: when I italicize something, well, by God, it looks like it’s been italicized. But it also does things that it doesn’t say that it’ll do, namely: completely screw up any formatting that I’ve socked between DIV tags.

Given that every single day this month I’ve posted something with big, complicated styled DIV blocks, this problem is seriously dampening my élan.

Actually, it’s giving me a keen sense of nostalgia for my old blogger. The big deficiency of CWOBber (my AppleScript blogging app) was that once a new post was published, editing it was frustratingly complicated. It’s the same deal with these “iTunes Advent Calendar” entries. If I so much as open one of those posts up for editing, it’ll be grabbed by the Visual Editor, which will then attempt to “help” me by automatically reformatting everything I’ve already styled.

And the only way out of that one, dear friends, is to trash the entire block and rebuild it from scratch.

So at some point in this little pageant, I sighed, reflected once again that Mankind is born unto trouble just as surely as sparks fly upward, and unchecked the “Use Visual Editor” option in my user profile. I’m back where I was before.

I dunno where I’ll go from here. I’ve got Ecto — oh, did I mention that this post is being written with Ecto? Sorry, prolly should have mentioned that straight away — and I’m likin’ it. But I’ve also got MarsEdit (oooh, cool; when I clicked on Ecto’s “link” tool, it automatically inserted the URL I had in the Clipboard. Ten points to Ecto), with Qumana in as a dark-horse candidate. I’d never heard of it before and it’s possible that it’s an ad-insertion tool with a posting tool grudgingly included.

Well, let’s wrap things up with Ecto. Hey, let’s throw in a picture and see what happens: 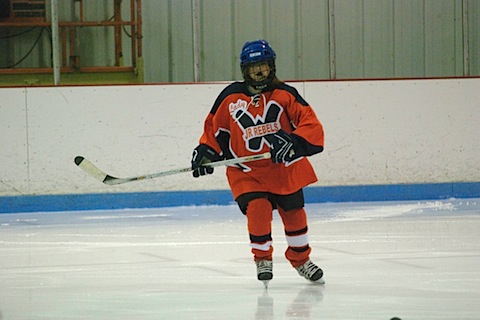 Hmm. Not a dramatically good inning for Ecto. Here’s what I want a blog image tool to do:

Edited: Okay, I told you guys that this was my first post with Ecto. It turns out that Ecto does indeed have nearly all of the image tools I wanted to see. They’re just not as visible as I’d expect them to be. To resize a photo, you have to click on a tab in the Import panel to reveal a new pane.

The label of that important tab is “Upload.” There’s already an “Upload” button at the bottom of the panel, so I sure wasn’t expecting such a basic function to be hidden under what I logically concluded was a redundant tab.

You can also import arbitrary image files. But you have to do it through the Media Manager tool, which also allows you to resize.

So: I was wrong about this being a missing feature. But if you’ll excuse my use of a hockey metaphor, the person who designed Ecto’s UI deserve an assist on my mistake.