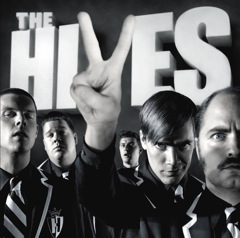 The Black and White Album

Blah, Blah, Blah: I’m at that awkward stage of life. Well, okay, who am I kidding: if the little scoreboard I’ve been maintaining in my Nancy Drew Keep-A-Secret Diary can be trusted, this is my third awkward stage of the year, making for 71 lifetime. This is all the more impressive when you consider that most of these awkward stages must be served concurrently.

But the relevant detail for our current exercise is my realization that apparently, my taste in music was burned into ROM at age 17 and hasn’t been re-flashed since. True, there are a few categories in my music library which weren’t there five or ten years ago (a quick note to everyone I met up to age 33 or so who didn’t introduce me to soul music: there must one day be a reckoning). If I thought a song was awesome in high school, chances are excellent that I’m still enjoying it today. And when iTunes is shuffling songs from my entire music collection, spanning three decades of purchases, it’s a distressingly consistent hour of music.

So what brought all this on? My detemination to pick something modern and peppy for today’s Advent Calendar. The previous three or four offerings were written in (let’s go ahead and check)…1791, 1977, 1965, and 1929. “Time for something fresh,” thought I. So I asked iTunes for a list of purchases that were released this year and then quickly selected this Hives tune.

Me dig the Hives. Apart from their obvious musical awesomeness, they’ve achieved something that was once thought impossible: they’ve singlehandedly paid off the massive Karmic debt that the Swedish music industry accrued when they allowed ABBA to leave the country. Next to this, the fact that they’re on also on my rarefied “buy the actual CD, not individual downloads” list — which most bands consider to be just as big an honor as earning a Weird Al Yankovic song parody — fades into insignificance.

Cool. I gave “Tick Tick Boom” yet another listen tonight and realized that wow…this could have been a track on the Stiff Records box I bought in 1993…you know, the one that collected much of my favorite music from the Eighties.

Oh, well. Chalk it up to the massive influence that punk had…not just on me, but on music in general. I’m very prepared to like a loud song with a nice blang-blang-blang-blang guitar line. If you want to guarantee the sale, then the effect you ought to be trying for is to get my head nodding violently…but not so much that I’ll spill my drink.

(Not spilling your drink is a defining element of the punk ethos. It’s part of what defines punk’s supremacy over metal. Many metalheads are even willing to set down their beer entirely, to leave a second hand available for throwing goats and such.)

This one is pretty much an ideal example of modern punk-influenced music. The Hives happily integrate punk’s strongest elements (committing to power over showboaty technique) and left behind its more tedious elements (such as just playing the same three chords over and over again until the drugs wear off).

The cool thing about being at this stage of life is that you’re fully empowered to become more adventurous. And crimeny, if you can’t motivate yourself to spend 99 (freakin’) cents on a track that you might not like, then maybe you should schedule an MRI or something because the problem might be organic.

Or it’s possible that you’ve slipped into the next stage of life: when you just automatically assume that any music recorded after you got out of college is crap. But no worries there: I don’t even own a pair of golf pants.

Why I Bought It In The First Place: It is indeed a simple rule: if the Hives have a new CD, I’m buyin’ it. That’s truly the highest compliment you can pay to a band. You’re saying that you’re willing to take all those tracks sight unheard (so to speak) and that you’d like to own a “master” set of tracks that are both uncompressed and DRM-free.